View src
watch 02:56
Doctor Strange in The Multiverse o Madness - The Loop
Do you like this video?
Play Sound
David Cross 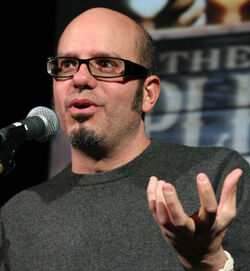 David Cross (born April 4, 1964) is an American stand-up comedian, actor, writer, and voice artist. He is best known for being in the Alvin and the Chipmunks films as Ian Hawke.

Cross was born in Atlanta, Georgia on April 4, 1964, the son of the son of Barry and Susi. His parents later move to Florida, when he was an infant. He and his family was poor and his father left the family, when he was age 10. He has two sisters, Juli and Wendy.