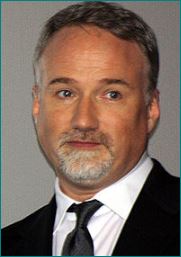 David Andrew Leo Fincher (August 28, 1962) is an American film director and producer known for his dark and stylish thrillers. He won the Academy Award for Best Director of The Social Network.

Fincher was born on August 28, 1962 in Denver, Colorado, the son of Claire Mae (née Boettcher), a mental health nurse who worked in drug addiction programs, and Howard Kelly Fincher, who worked as a bureau chief for Life under the name Jack Fincher. When Fincher was two years old, the family moved to San Anselmo in Marin County, California. Fincher moved to Ashland, Oregon in his teens, where he graduated from Ashland High School. Inspired by Butch Cassidy and the Sundance Kid, Fincher began making movies at age eight with an 8 mm camera. Fincher eschewed the film school route, getting a job loading cameras and doing other hands-on work for John Korty’s Korty Films. He was later hired by Industrial Light & Magic in 1980, where he worked on productions for Twice Upon a Time, Star Wars Episode VI: Return of the Jedi and Indiana Jones and the Temple of Doom.

In 1984, he left ILM to direct a commercial for the American Cancer Society, that would show a fetus smoking a cigarette. This quickly brought Fincher to the attention of producers in Los Angeles and he was given the chance to direct the documentary The Beat of the Live Drum featuring Rick Springfield in 1985. Though he would continue to direct spots for companies like Revlon, Converse, Nike, Pepsi, Sony, and Levi's, Fincher soon discovered music videos and went on to direct many promos.