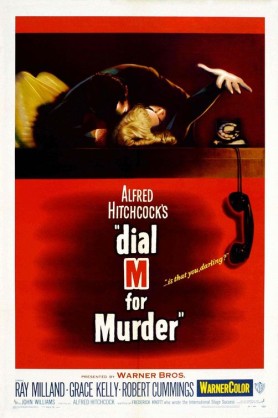 Dial M for Murder is a 1954 American crime film directed by Alfred Hitchcock.

A man attempts to murder his wealthy wife, but finds himself caught when his co-conspirator is the one found dead.

Grace Kelly and Ray Milland became romantically involved during the shoot of this film, but Kelly's parents put a stop to the relationship.

The only film of Hitchcock's shot in 3-D.