watch 00:59
The Loop (Movies)
Do you like this video?
Diego Boneta 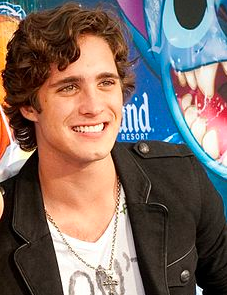 Diego Boneta is a Mexcian singer/songwriter/actor who is starring in Rock of Ages as Drew Boley. Musically, he prefers the Latin pop genre. He released his first album, Diego, in 2005 when he was fourteen. His very first single, Responde, made it to #13 in the Mexican charts. His role in Rock of Ages is his Hollywood breakthrough and he is sure to use his musical skills to play the role of a musician.

Retrieved from "https://movies.fandom.com/wiki/Diego_Boneta?oldid=63863"
Community content is available under CC-BY-SA unless otherwise noted.