Start a Wiki
watch 01:27
The Loop (Movies)
Do you like this video?
Doctor Who 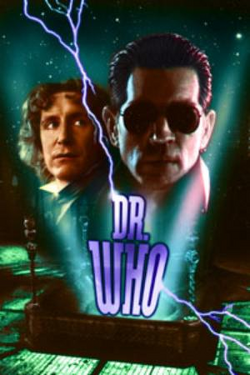 Doctor Who is a science-fiction television movie, and was intended as a revival of the television series of the same name, Doctor Who.

"It was on the planet Skaro that my old enemy, the Master, was finally put on trial. They say he listened calmly as his list of evil crimes was read and sentence passed. Then he made his last, and I thought somewhat curious request. He demanded that I, the Doctor, a rival Time Lord, should take his remains back to our Home Planet, Gallifrey. It was a request they should have never granted..."

Retrieved from "https://movies.fandom.com/wiki/Doctor_Who?oldid=137409"
Community content is available under CC-BY-SA unless otherwise noted.