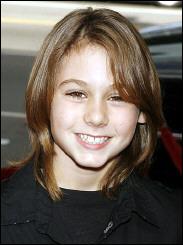 Dominic Scott Kay (born May 6, 1996 in Los Angeles, California) is the son of actor Scott Kay. He is an American child actor. Kay is close friends with actor Kevin Bacon. He started acting at age four as the son of Tom Cruise's character in Minority Report, and already has 20 films to his credit.

In 2006, at the age of nine, he wrote and directed the film Saving Angelo, which was based on his experience of nursing a Boxer puppy back to health. The film starred Kevin Bacon, Eric Close, Dana Barron, and Julie Gonzalo.

He is the spokesperson for Adopt-A-Star Greyhound Rescue, a non-profit organization dedicated to preventing the mistreatment and killing of Greyhounds after they have retired from racing. All proceeds from his film Saving Angelo will go to this organization.

He is accomplished in karate, and loves to bike, skateboard, surf and swim. He also plays soccer, baseball and basketball.

Dominic Scott Kay has, or will soon, appear in the following movies or TV shows: