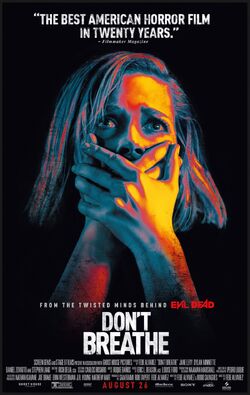 The film premiered at the South by Southwest Film Festival on March 12, 2016. It was released in the United States on August 26, 2016 by Screen Gems and Stage 6 Films.

Retrieved from "https://movies.fandom.com/wiki/Don%27t_Breathe?oldid=212898"
Community content is available under CC-BY-SA unless otherwise noted.