View src
watch 02:07
Spider-Man: No Way Home Trailer Dropped - The Loop
Do you like this video?
Play Sound
Don Bluth 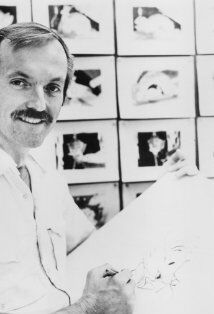 He was born in El Paso, Texas and became one of the chief animators at Warner Bros. Animation. Along with fellow animators Gary Goldman and John Pomeroy, he set out in 1979 to start his own animation studio, Don Bluth Productions. His style is rougher and more lively than that of Warner Bros. films, and his films tend to have a mystical element to them.

Teaming up with Rick Dyer, Bluth created the groundbreaking arcade game Dragon's Lair (1983), which let the player control a cartoon-animated character on screen (whose adventures were played off a laserdisc). This was followed in 1984 by Space Ace, a science-fiction game based on the same technology, but which gave the player a choice of different routes to take through the story; and Dragon's Lair II: Time Warp, a sequel which was very rare in arcades.

His next three films, An American Tail (1986), The Land Before Time (1988) and All Dogs Go to Heaven (1989), did well in theaters and became animation classics. Each movie launched a line of sequels, most of which were released direct-to-video, and none of which Bluth worked on. But by the end of the decade and through the 1990s, Bluth films such as Rock-A-Doodle, the 1992s films such as Thumbelina and A Troll in Central Park, the 1995 film The Pebble and the Penguin had dropped significantly when it came to box office returns.

Bluth scored another hit with Anastasia (1997) + Bartok the Magnificent (1999) which grossed US$140 million worldwide in part because it used well-known Hollywood stars as its voice talent and stuck closer to long-proven Disney formulas: a sassy and resourceful princess driven to become more than she is, a cruel and conniving villain who uses dark magic, a handsome and endearing love interest, and a comic-relief sidekick. However, this was followed by the financially-disastrous Titan A.E. in 2000.

A recent attempt to capitalize on Dragon's Lair nostalgia by releasing the computer game Dragon's Lair 3D: Return to the Lair (2003) was unsuccessful; the game was panned by critics as being flat and uninteresting, despite groundbreaking cel-shading techniques that lent the game a hand-animated feel. Don Bluth and Gary Goldman are currently seeking funding for a film version of Dragon's Lair.

In 2004, Bluth produced an animated scene for the music video "Mary", by the Scissor Sisters. The band contacted Bluth after having recalled fond memories of the sequence from Xanadu.

Bluth has also authored a series of books for students of animation: 2004's The Art of Storyboard, and 2005's The Art of Animation Drawing. Additional books are planned.