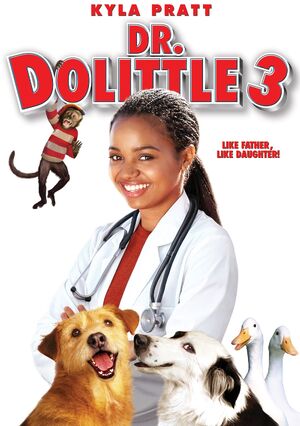 Dr. Dolittle 3 is a 2006 American family comedy film. It stars Kyla Pratt, the original daughter in the remake series, as Maya.

Starring alongside her are Kristen Wilson as Lisa Dolittle and Norm Macdonald as the voice of Lucky the Dog. This is the third film in the Dr. Dolittle series, and the first film not to feature Eddie Murphy as Doctor Dolittle, or Raven-Symoné as Charisse Dolittle, although they are mentioned in the film.