Moviepedia
Register
Don't have an account?
Sign In
Advertisement
in: Pages with reference errors, Rated PG, Films,
and 11 more

View src
watch 01:33
House of the Dragon Trailer - The Loop
Do you like this video?
Play Sound
El Americano: The Movie 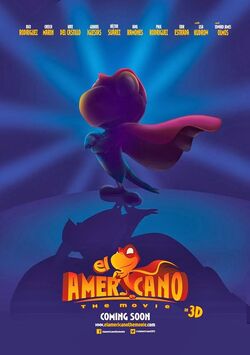 Originally set for release on September 2013, the film was set and is now released simultaneously in theaters in Mexico on January 29, 2016 and in the United States in February 2016.[7][8] So far, there is no information yet about the film's distributor[9]

The story will follow Cuco (voiced by Rico Rodriguez), a young Mexican parrot, whose epic quest to enlist the aid of an American crime-fighting TV celebrity, to defend his family in Mexico from Martin Kingfisher and his henchmen, teaches the young parrot to be a hero himself.

Note: Ash the Vulture does not have a voice.

Production began on January 2011 when director and Animex founder, Ricardo Arnaiz, became interested in doing an American production while working on Nikté. He later visited the United States and met actor Edward James Olmos, when he found that Olmos was "a hit".[9] After reading the script, Olmos agreed to join the film's production team and voice cast.[10] “We’re delighted to be working with Edward James Olmos and his production company here in the US. It’s a story we have been working on for the last three years and we feel we have a really strong team in place to execute this film scheduled in 2013.” [11]

On September 26, 2013, the film was presented at Ibero Puebla, revealing new screenshots and clips.[13]

During production, Edward James Olmos has recorded his voice before the animation process.[14] As a result, many cast members were required to act out their roles before recording their voices.[15]

The film was budgeted at $52 million pesos ($4 million USD).[9] According to director Ricardo Arnaiz, it is the most expensive film from Animex Producciones and the first to exceed over $29 million pesos.[9] The visual effects and animation processes were done by Boxel Studio in Tijuana.[16] In an interview with Andres Reyes Botello, founder of Boxel Studios, Ricardo Arnaiz initially stated he originally intended to produce the film in traditional animation.[16] "Back then he was explaining to me his situation with his 2D animation studio and his curiosity about making El Americano into a full 3D CGI production," said Andres Reyes Botello. "From there, we instantly got on to a good relationship and started working on the development for the characters and environments, doing some animation, lighting, and rendering tests for this film."[16]

Development for the film finished on August 2013.[9]

On April 17, 2013, actress Lisa Kudrow has joined the voice cast as Lucille in both English and Spanish versions.[17][18] She is the only all-American cast member.[17] To prepare her role, director Ricardo Arnaiz helped Kudrow with her emphasis in her Spanish for her lines.[19]

The film had its U.S. premiere at The Strong National Museum of Play theater in Rochester, New York on March 15, 2014. It was shown in both Spanish and English. 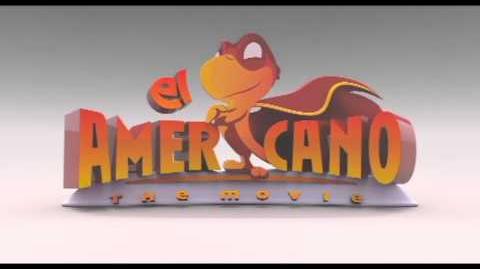 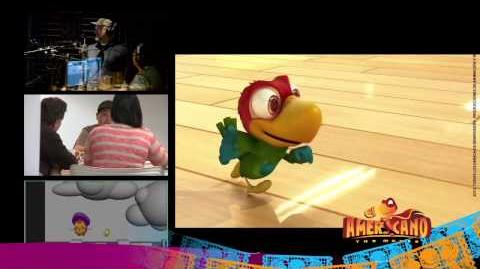 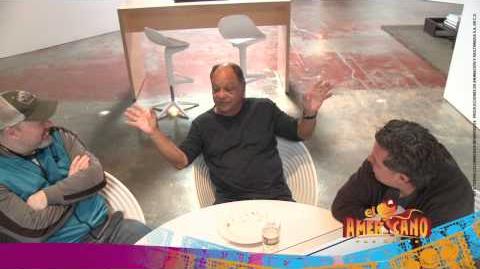 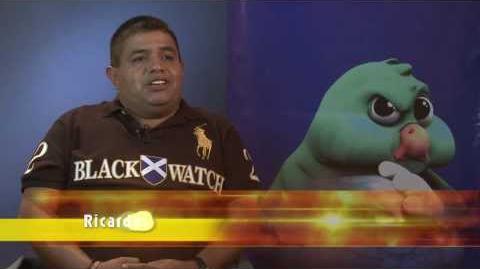 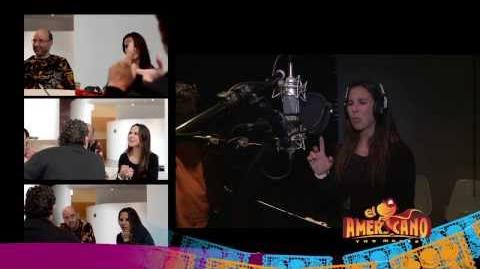