watch 02:03
Wiki Targeted (Entertainment)
Do you like this video?
Play Sound
Eleanor and Park 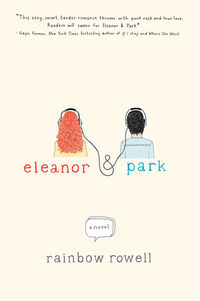 Park Sheridan and Eleanor Douglas are two misfit teenagers living in Omaha, Nebraska in 1986. Park is half-American, half-Korean while Eleanor is Danish and Scottish. Dealing with issues of race and child abuse, the book tells the story of their love after the two bond over comic books and music on the school bus, the obstacles they face being in love, and how they ultimately change because of it.

Dreamworks picked up the rights for Eleanor and Park and they are hoping to start shooting in 2015. A cast and director will be attached once the script is in.

Retrieved from "https://movies.fandom.com/wiki/Eleanor_and_Park?oldid=71792"
Community content is available under CC-BY-SA unless otherwise noted.