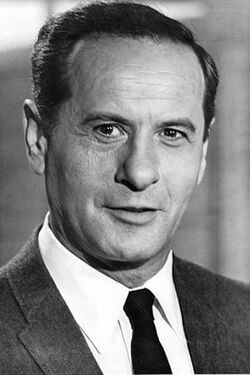 Eli Herschel Wallach (December 7, 1915 – June 24, 2014) was an American film, television and stage actor whose career spanned more than six decades. He was best known for films such as Baby Doll, The Magnificent Seven, The Misfits, How the West Was Won, The Good, the Bad and the Ugly and The Godfather Part III.

Retrieved from "https://movies.fandom.com/wiki/Eli_Wallach?oldid=177465"
Community content is available under CC-BY-SA unless otherwise noted.