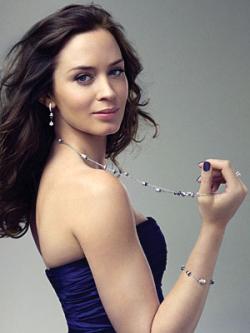 Emily Olivia Leah Blunt, is an English actress. Her first major film role came in the British drama "My Summer of Love" in 2004. She then appeared alongside Anne Hathaway and Meryl Streep in 2006's "The Devil Wears Prada," for which she was a Golden Globe and BAFTA nominee. Since then, she has appeared in a number of American and British productions, including 2007's "Charlie Wilson's War" with Tom Hanks, 2009's "The Young Victoria," and 2010's "The Wolfman" with Benicio Del Toro. She also won a Golden Globe Award for her performance in the 2005 BBC television film, "Gideon's Daughter."