View src
watch 01:33
House of the Dragon Trailer - The Loop
Do you like this video?
Play Sound
Emma Stone 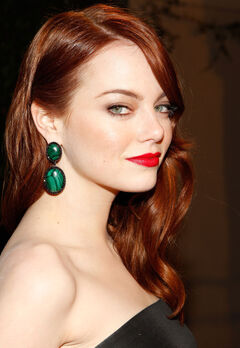 Emily Jean "Emma" Stone (born November 6, 1988) is an American Academy Award-winning actress. Stone was a cast member of the TV series Drive, and made her feature film debut in the comedy Superbad (2007). She appeared in The House Bunny (2008) and Ghosts of Girlfriends Past (2009). She then starred in the horror-comedy Zombieland and the Indie comedy Paper Man in 2009. In 2010, Stone voiced the character Mazie in Marmaduke, and starred in the high school comedy Easy A, which earned her a nomination for a Golden Globe for Best Actress in a Musical or Comedy. In 2011, she starred in the films Crazy, Stupid, Love and The Help, both of which were well received by critics and commercial successes. Stone portrayed Gwen Stacy in The Amazing Spider-Man film, a reboot of the Spider-Man film franchise. She reprised her role as the character for the film's 2014 follow-up, The Amazing Spider-Man 2.

In 2017, Stone starred in the film La La Land. She won the award for Best Actress for the film at the 89th Academy Awards.

Stone was named the World's Highest Paid Actress in 2017. 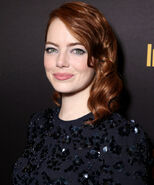 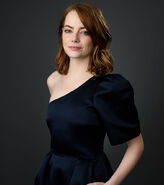