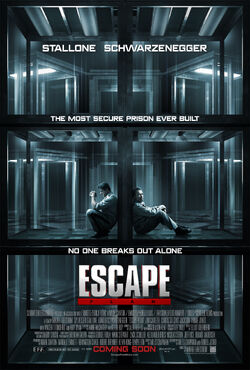 Escape Plan (formerly known as Exit Plan and The Tomb) is an action thriller film starring Sylvester Stallone, Arnold Schwarzenegger, Jim Caviezel and Vinnie Jones. Escape Plan is being directed by Swedish filmmaker Mikael Håfström, and is written by Miles Chapman (screenplay) and Jason Keller (rewrite). The film will follow Stallone's character Ray Breslin, a structural engineer who is wrongly convicted of a crime, and is incarcerated in a prison of his own design, aided in his escape by his cellmate Rottmayer (Schwarzenegger).

Ray Breslin (Stallone) is a structural engineer who is wrongly convicted of a crime. Breslin designed a variety of high tech buildings and was a top structural engineer. After Breslin was wrongly convicted, he was sent to serve his sentence in a maximum security prison of his own design. During his time in prison, Breslin has analyzed every high security prison and gained significant survival skills, but faces his biggest challenge in trying to break out of an ultimate high-tech prison that he himself designed to be escape-proof. Not only facing the challenge of breaking out of the escape-proof prison, Breslin also has the challenge of battling the ruthless warden Hobbs (Caviezel) and his corrupt guard (Vinnie Jones). Breslin is assisted in his escape attempt by fellow prisoner Emil Rottmayer (Schwarzenegger). Rottmayer is a wise, soulful and complex inmate who fights with other prisoners to keep their humanity, whilst they are struggling to stay alive. Breslin and Rottmayer will be joined in their escape by a third prisoner that is an expert in computers (50 Cent).

It was revealed by producer Mark Canton on The Matthew Aaron Show that Jim Caviezel has signed on to the film and has been revealed to be the main antagonist in the film, the prison warden Hobbs.

It was revealed in April 2012 that British actor Vinnie Jones has been signed on to star in Escape Plan. Vinnie Jones revealed to the newspaper The Sun that there are three inmates escaping from the prison. Jones has been confirmed to be starring in the film, and it has been revealed that Jones is playing the antagonist Drake, the corrupt and ruthless prison guard. Jones stated he starts filming on April 19 in New Orleans.

Variety and other media in the news have stated that Amy Ryan, Vincent D'Onofrio, and 50 Cent, have joined the cast of Escape Plan. It was confirmed in Mid-April that 50 Cent is the computer expert who was once incarcerated for cyber crimes helping Breslin's character escape, D'Onofrio as the deputy director of the high-tech prison and Ryan as Stallone's business partner and his potential love interest.

In an interview with the British newspaper The Sun, Vinnie Jones stated that the film is going to start shooting on April 19 in New Orleans. Shooting for Escape Plan has also been confirmed to take place in Louisiana, in the Spring of 2012. In August 2012, at the Expendables 2 conference, Arnold Schwarzenegger commented on the film and stated that filming has been finished for Escape Plan.

On April 9th, 2013, it was officially announced that the film has been pushed back early to a September 13, 2013 release and the film's title has been changed to "Escape Plan". 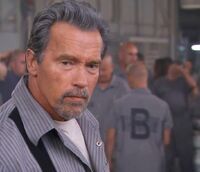 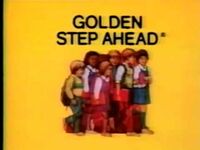 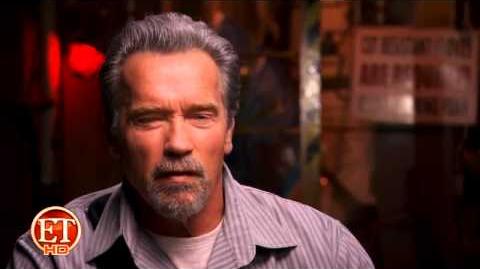 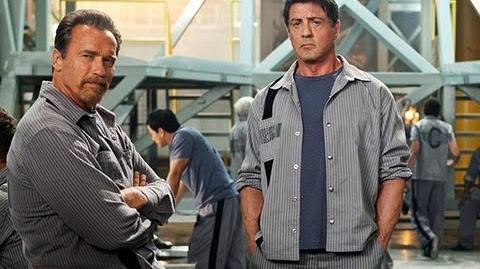