Eternal Sunshine of the Spotless Mind

View src
watch 03:36
Wiki Targeted (Entertainment)
Do you like this video?
Play Sound
Eternal Sunshine of the Spotless Mind 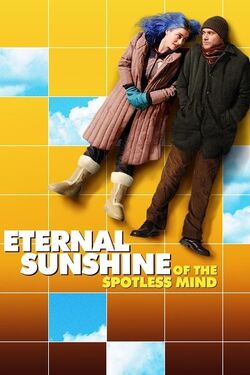 Eternal Sunshine of the Spotless Mind is a 2004 romantic science fiction drama film, written by Charlie Kaufman and directed by Michel Gondry. The film stars Jim Carrey and Kate Winslet as an estranged couple who have their memories of each other erased, but start dating each other again.

The film won the Academy Award for Best Original Screenplay and has since been regarded by critics as one of the best films of the 21st century.

A man, Joel Barish, heartbroken that his girlfriend Clementine underwent a procedure to erase him from her memory, decides to do the same. However, as he watches his memories of her fade away, he realizes that he still loves her, and may be too late to correct his mistake.