Edit
watch 01:23
Wiki Targeted (Entertainment)
Do you like this video?
Play Sound
Failure to Launch 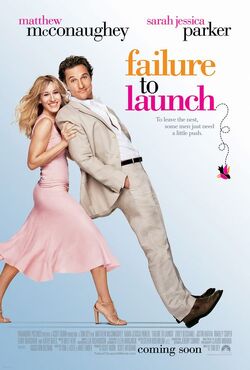 The film was released in the United States on March 10, 2006 by Paramount Pictures.