Moviepedia
Register
Don't have an account?
Sign In
Advertisement
in: 2016 films, Rated PG-13, Films based on novels,
and 27 more

Fantastic Beasts and Where to Find Them

View src
watch 02:24
Wiki Targeted (Entertainment)
Do you like this video?
Play Sound
Fantastic Beasts and Where to Find Them 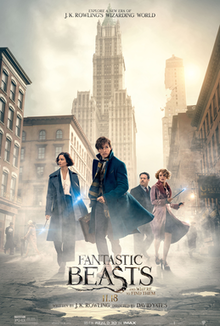 Budget
$180 million
Gross
$797.7 million
Book
Fantastic Beasts and Where to Find Them by
J. K. Rowling

In 2018, a sequel was released, entitled Fantastic Beasts: The Crimes of Grindelwald.

The film opens in 1926 as Newt Scamander (Eddie Redmayne) has just completed a global excursion to find and document an extraordinary array of magical creatures. Arriving in New York for a brief stopover, he might have come and gone without incident…were it not for a No-Maj (American for Muggle) named Jacob (Dan Fogler), a misplaced magical case, and the escape of some of Newt’s fantastic beasts, which could spell trouble for both the wizarding and No-Maj worlds.

In October 2014, the studio announced the film as a trilogy. The second installment is set to be released on 16 November 2018, followed by the third installment on 20 November 2020. 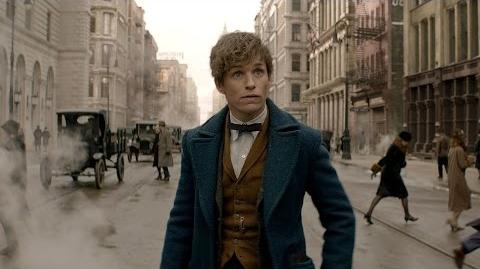 Fantastic Beasts and Where to Find Them - Teaser Trailer HD