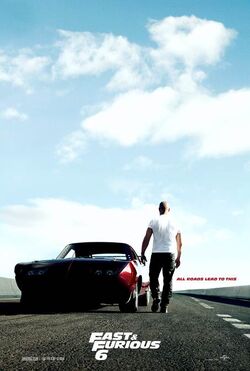 Fast and Furious 6 is a 2013 American action film directed by Justin Lin and written by Chris Morgan. It is the sixth installment of The Fast and the Furious. Paul Walker, Vin Diesel, Michelle Rodriguez, Jordana Brewster, Tyrese Gibson, and Dwayne Johnson reprised their roles in the film. The film was released on May 24, 2013.

Since Dom (Vin Diesel) and Brian's (Paul Walker) heist in Rio left them and their crew very rich people, they've scattered across the globe; however, they must still live as fugitives, unable to return home to their families. Meanwhile, Agent Hobbs (Dwayne Johnson) has been tracking a gang of lethally skilled mercenary drivers whose second-in-command is someone Dom knows. Unable to take them down himself, Hobbs asks Dom and his crew for help in exchange for full pardons for everyone.

Rita Ora has an uncredited cameo role in the film. Jason Statham appears uncredited in a cameo scene amid the end credits. 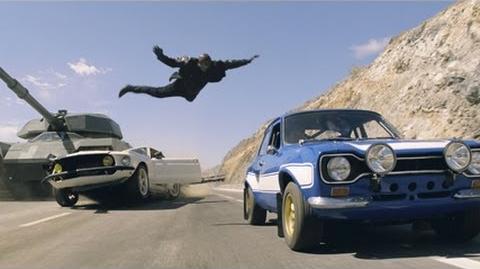 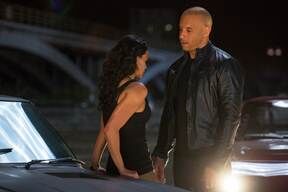 Paul Walker in Fast 6
Retrieved from "https://movies.fandom.com/wiki/Fast_and_Furious_6?oldid=197236"
Community content is available under CC-BY-SA unless otherwise noted.