View src
watch 01:33
House of the Dragon Trailer - The Loop
Do you like this video?
Play Sound
Fifty Shades Freed 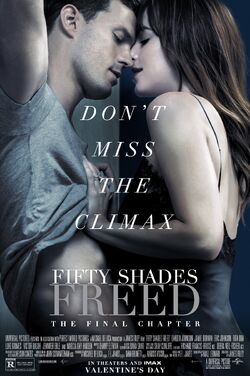 It is the third and final installment in the Fifty Shades Trilogy.

Believing they have left behind shadowy figures from their past, newlyweds Christian and Ana fully embrace an inextricable connection and shared life of luxury. But just as she steps into her role as Mrs. Grey and he relaxes into an unfamiliar stability, new threats could jeopardize their happy ending before it even begins.