Start a Wiki
watch 01:48
The Loop (Movies)
Do you like this video?
Frank Oz 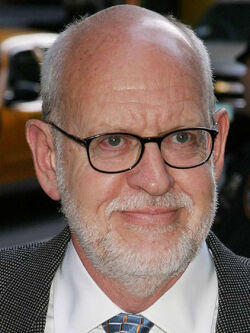 Frank Oz is an American film director, actor, voice actor and puppeteer who is known for creating and performing the characters Animal, Fozzie Bear, Sam the Eagle in The Muppet Show, as well as Cookie Monster, Grover, and Bert in Sesame Street. His work as a film director includes 1986's Little Shop of Horrors remake and Dirty Rotten Scoundrels. He is also the operator and voice of Yoda in the Star Wars film series. George Lucas was so impressed by Oz's performance as Yoda in The Empire Strikes Back that he tried to get him an Oscar nomination for Best Supporting Actor.

Retrieved from "https://movies.fandom.com/wiki/Frank_Oz?oldid=86756"
Community content is available under CC-BY-SA unless otherwise noted.