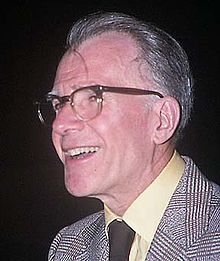 Frank Thomas was an animator known as one of Walt Disney's "Nine Old Men". He went to Stanford University where he wrote in the campus humor magazine. He started working for Walt Disney in 1934. He animated for films like Snow White and the Seven Dwarfs, Lady and the Tramp, Pinocchio, and The Sword in the Stone.