watch 01:45
The Loop (Movies)
Do you like this video?
Play Sound
From the Head 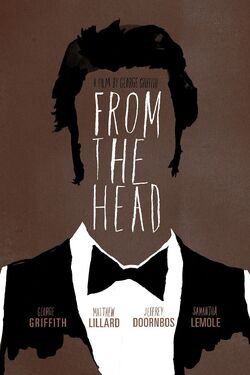 From the Head is a 2011 American drama film directed by, written by, and starring George Griffith.

The story unfolds in real time, and is told from Shoes' perspective (Shoes is the protagonist of the film). Through years of meticulous journaling, Griffith secretly recorded hours of conversations with customers. With disarming authenticity, Griffith uncovers glimpses of wisdom in the unlikeliest of characters.

Retrieved from "https://movies.fandom.com/wiki/From_the_Head?oldid=299469"
Community content is available under CC-BY-SA unless otherwise noted.