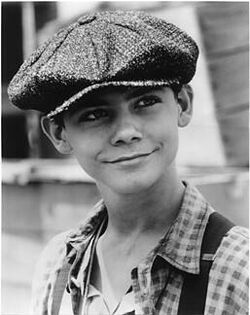 Gabriel Damon (born April 23, 1976 in Reno, Nevada) is an American actor. Damon was exposed to the performing arts as early as 3 years old, when his parents and family moved to Los Angeles, California. His first role was in the 1984 TV series Call to Glory. By age 16 he had worked in small roles alongside several big-name actors including Mickey Rooney and Christian Bale. He has also made guest appearances in popular shows such as Star Trek: The Next Generation and Baywatch. In addition to acting, Damon is also working as a producer.

Retrieved from "https://movies.fandom.com/wiki/Gabriel_Damon?oldid=58958"
Community content is available under CC-BY-SA unless otherwise noted.