Start a Wiki
watch 01:16
The Loop (Movies)
Do you like this video?
Geoffrey Rush 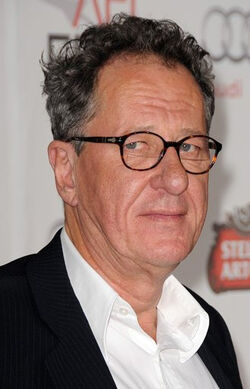 Geoffrey Rush, born in Toowoomba, Queensland, is a popular Australian actor, often portraying quick-witted rogues. While best known for his role in the Pirates of the Caribbean films, he won an Oscar for Best Actor for his pained performance in the indie film Shine.

Nigel from Finding Nemo.jpg
Nigel in Finding Nemo.
Bunyip Bluegum.jpg
Bunyip Bluegum in The Magic Pudding.
Ezylryb.
Ezylryb in Legend of the Guardians: The Owls of Ga'Hoole.
Add a photo to this gallery
Retrieved from "https://movies.fandom.com/wiki/Geoffrey_Rush?oldid=156956"
Community content is available under CC-BY-SA unless otherwise noted.