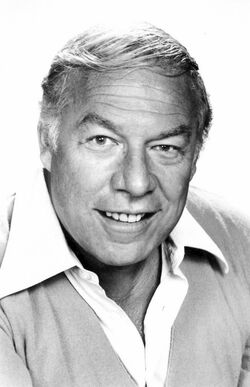 George Harris Kennedy Jr. (February 18, 1925 – February 28, 2016) was an American actor who was best known for films such as The Sons of Katie Elder, The Dirty Dozen, Cool Hand Luke, The Good Guys and Bad Guys, Airport and Earthquake.

Retrieved from "https://movies.fandom.com/wiki/George_Kennedy?oldid=177483"
Community content is available under CC-BY-SA unless otherwise noted.