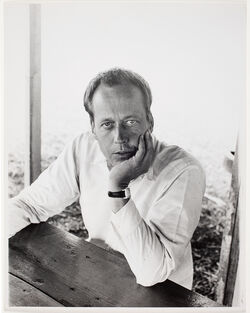 George Roy Hill (December 20, 1921 – December 27, 2002) was an American film director. He is best known for directing films such as Butch Cassidy and the Sundance Kid, The Sting, The Great Waldo Pepper and Slap Shot.

Retrieved from "https://movies.fandom.com/wiki/George_Roy_Hill?oldid=143235"
Community content is available under CC-BY-SA unless otherwise noted.