watch 03:27
Wiki Targeted (Entertainment)
Do you like this video?
Play Sound
Godzilla 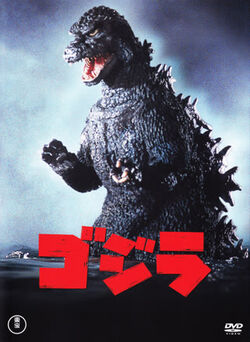 Godzilla (ゴジラ Gojira), (the films Japanese release title), is a Japanese science fiction kaiju film produced by Toho. Directed by Koji Hashimoto, with special effects by Teruyoshi Nakano, the film starred Ken Tanaka, Yasuko Sawaguchi, and Yosuke Natsuki. The film was released in Japan simply as Godzilla however Toho uses the English title The Return of Godzilla for English-language markets.

The sixteenth film in Toho's Godzilla series, it marked the beginning of a rebooted series of Godzilla films that ignores all the films from 1955's Godzilla Raids Again through 1975's Terror of Mechagodzilla. The film acts as a direct sequel to the original 1954 film Godzilla. Produced as part of Godzilla's 30th anniversary, the film returned the series to the darker themes and mood of some of the early films and returned Godzilla to his destructive antagonistic roots.

The screenplay was first written in 1980, but as an entirely different film. Godzilla was to fight a shape-shifting monster named Bagan, and the Super X played a much smaller role. Among the SDF weapons in this script that made it to the big screen were the Water Beetle (an underwater mech) and the Giant Basu (which is equipped with a giant arm to capture submarines).

Producer Tomoyuki Tanaka offered Ishirō Honda a chance to direct this film, but he strongly rejected the offer, because of what came of Godzilla in the 1970s, and his belief that Godzilla should have been permanently laid to rest after Eiji Tsuburaya's death. Also, at this time, he was busy assisting his friend Akira Kurosawa with films he was directing, such as Kagemusha and Ran.

Veteran Godzilla actor Akihiko Hirata, who appeared in several past Godzilla films (best known of his role of Doctor Serizawa from Godzilla) was slated to play Professor Hayashida; however, he had died from throat cancer before production began. Yosuke Natsuki, another veteran, took the role instead. Stuntman Kenpachiro Satsuma (who previously played Hedorah and Gigan in the original Godzilla films) played Godzilla for the first time, as a replacement for another stuntman who backed out at the last minute.

Aside from being heavy, the suit was very dangerous (it was not only built from the outside in, but not made to fit him), and Satsuma lost a lot of weight during filming. This mildly mirrored what Haruo Nakajima went through when he played Godzilla in the original 1954 film. Subsequent Godzilla suits worn by Satsuma were much safer and more comfortable, as they were custom-made to fit him (even though the suits still had some dangers of their own).

The lifelike animatronic Godzilla prop used in close-up shots is the 20-foot (6.1 m) "Cybot Godzilla." It was heavily touted in the publicity department at the time, even though it was not used in the film as extensively as promoted. A full-size replica of Godzilla's foot was also built, albeit all of the scenes in which it is used were removed from the American version (the sole exception being a shot of the foot crushing a row of parked cars during the attack on the nuclear power plant).

After acquiring Godzilla for distribution in North America, New World Pictures changed the title to Godzilla 1985 and radically re-edited the film. Originally, New World reportedly planned to re-write the dialogue in order to turn the film into a tongue-in-cheek comedy (à la What's Up, Tiger Lily?), but this plan was reportedly scrapped because Raymond Burr expressed displeasure at the idea, taking the idea of Godzilla as a nuclear metaphor seriously. The only dialogue left over from that script was "That's quite an urban renewal program they've got going on over there", said by Major McDonahue.

New World's biggest change was in adding around ten minutes of new footage, most of it at The Pentagon, with Raymond Burr reprising his role as Steve Martin from Godzilla, King of the Monsters!.

The poster image was the same as for the Japanese version, but a green tinting was added to Godzilla's charcoal gray skin and the Soviet attack satellite in the upper right corner was removed.

New World's changes were not limited to these scenes. Much of the original version was deleted or altered.

The most controversial change was the scene where the Russian freighter officer Colonel Kashirin valiantly attempts to stop the launch of a nuclear weapon. New World edited the scene (and added a brief shot of Kashirin pressing the launch button) so that now Kashirin deliberately launches the nuclear weapon.

In addition, the theatrical release (and most home video versions) was accompanied by Marv Newland's short cartoon, Bambi Meets Godzilla.

Apart from the end credits (where he is listed as Steven Martin), Raymond Burr's character is never referred to by his full name, only as "Mr. Martin" or simply "Martin", for the entirety of the US version. This was to avoid association with comedian Steve Martin.

The closing narration (spoken by Raymond Burr) is as follows:

Nature has a way sometimes of reminding man of just how small he is. She occasionally throws up the terrible offspring of our pride and carelessness to remind us of how puny we really are in the face of a tornado, an earthquake or a Godzilla. The reckless ambitions of man are often dwarfed by their dangerous consequences. For now, Godzilla, that strangely innocent and tragic monster, has gone to earth. Whether he returns or not or is never again seen by human eyes, the things he has taught us remain.

Godzilla was a reasonable success in Japan, with attendance figures at approximately 3,200,000 and the box office gross being approximately $11 million (the film's budget was $6.25 million).

When Godzilla 1985 failed at the box office, it was the last Godzilla film produced by Toho to receive any major release in North American theaters until Godzilla 2000 fifteen years later.

The New World version of the film was almost universally criticized by North American critics. Roger Ebert, who gave the film a mere one star in the Chicago Sun-Times, wrote:

"The filmmakers must have known that the original Godzilla (1956) had many loyal fans all over the world who treasured the absurd dialogue, the bad lip-synching, the unbelievable special effects, the phony profundity. So they have deliberately gone after the same inept feeling in Godzilla 1985. Examples: Dialogue: It is so consistently bad that the entire screenplay could be submitted as an example. My favorite moment occurs when the hero and heroine are clutching each other on a top floor of a skyscraper being torn apart by Godzilla and the professor leaps into the shot, says "What has happened here?" and leaps out again without waiting for an answer. Lip-synching: Especially in the opening shots, there seems to be a subtle effort to exaggerate the bad coordination between what we see and what we hear. All lip-synch is a little off, of course, but this movie seems to be going for condescending laughs from knowledgable filmgoers. Special effects: When Godzilla marches on Tokyo, the buildings are the usual fake miniature models, made out of paint and cardboard. The tipoff is when he rips a wall off a high-rise, and nothing falls out. That's because there is nothing inside."

Ebert kept a copy of the poster in his office for many years and it was clearly visible in the opening of his television program.

Vincent Canby of the New York Times was similarly unimpressed:

"Though special-effects experts in Japan and around the world have vastly improved their craft in the last 30 years, you wouldn't know it from this film. Godzilla, who is supposed to be about 240 feet tall, still looks like a wind-up toy, one that moves like an arthritic toddler with a fondness for walking through teeny-tiny skyscrapers instead of mud puddles. Godzilla 1985 was shot in color but its sensibility is that of the black-and-white Godzilla films of the 1950s. What small story there is contains a chaste romance and lots of references to the lessons to be learned from "this strangely innocent but tragic creature." The point seems to be that Godzilla, being a "living nuclear bomb", something that cannot be destroyed, must rise up from time to time to remind us of the precariousness of our existence. One can learn the same lesson almost any day on almost any New York street corner."

One of the few positive reviews came from Joel Siegel of Good Morning America, who is quoted on New World's newspaper ads as saying, "Hysterical fun...the best Godzilla in thirty years!". However, the Japanese version was received better, mainly by fans.

In 1985, the film won the Japan Academy Award for Special Effects. The movie was nominated also for a Stinkers Bad Movie Awards for Worst Picture and also nominated for two Razzie Awards including Worst Supporting Actor for Raymond Burr and Worst New Star for The new computerized Godzilla.

Godzilla 1985 has been released on home video several times in the U.S. The first release was by New World in the mid '80s, another by Starmaker video (who had acquired some of New World's library) in the 1992, and again by Anchor Bay in 1997 All home video releases include the Bambi Meets Godzilla animated short with the exception of the Starmaker release.

The international version was released on VHS (dubbed in English) in the UK in 1998. The running time matches that of the Japanese version, and the only notable difference is the English text and dubbing. This version of the film has remained unreleased in both the USA and Canada.

In 1988 Dark Horse Comics released a six-issue limited series, Godzilla, which was an American adaptation of the Japanese manga adaptation of Godzilla 1984.

Retrieved from "https://movies.fandom.com/wiki/Godzilla_(1984)?oldid=129299"
Community content is available under CC-BY-SA unless otherwise noted.