watch 00:59
The Loop (Movies)
Do you like this video?
Godzilla vs. Kong 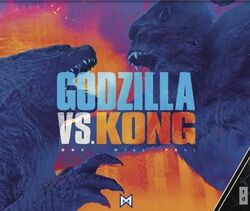 It serves as a sequel to the 2019 film Godzilla: King of the Monsters as well as 2017's Kong: Skull Island and will be the fourth film in Legendary Pictures' MonsterVerse. In addition, it will be the thirty-sixth Godzilla film. The film is scheduled to be released in the United States on March 31, 2021 by Warner Bros. Pictures, and by Toho in Japan.

Retrieved from "https://movies.fandom.com/wiki/Godzilla_vs._Kong?oldid=296921"
Community content is available under CC-BY-SA unless otherwise noted.