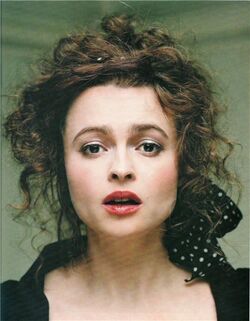 Carter is currently married to writer/director Tim Burton and the two have 2 children. In the past, she has also been involved with Kenneth Branagh, Rufus Sewell, and Steve Martin. She is the villain Serena Kogan in Terminator Salvation: The Future Begins.

Retrieved from "https://movies.fandom.com/wiki/Helena_Bonham_Carter?oldid=106097"
Community content is available under CC-BY-SA unless otherwise noted.