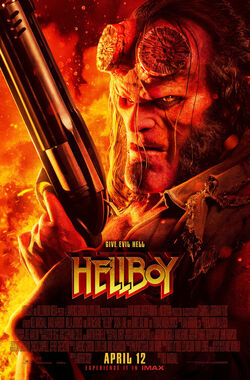 The film was released in the United States on April 12, 2019 by Lionsgate.

Hellboy prepares to stop an ancient medieval sorceress who seeks to destroy all of mankind.