Start a Wiki
watch 16:45
The Loop (Movies)
Do you like this video?
Hitchcock 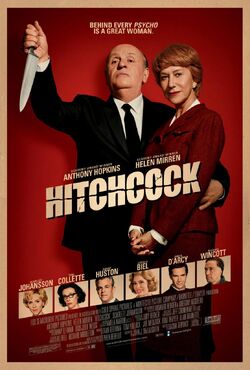 in 2005, it was reported that the Arts & Entertainment Network would produce a television film or miniseries based on Stephen Rebello's book Alfred Hitchcock and the Making of Psycho. Subsequently, the book was optioned as a major motion picture. In 2007, The Montecito Picture Company, owned by Ivan Reitman and Tom Pollock, set up a first look deal with Paramount Pictures Corporation, the original distributor of Psycho. However, after four years of development at Paramount, production moved to Fox Searchlight Pictures.

On November 20, 2011, Sacha Gervasi was announced as being in negotiations to direct the dramatic motion picture. Earlier the next month, Gervasi signed on as director with Anthony Hopkins and Helen Mirren attached to star as Alfred Hitchcock and Alma Reville, respectively. Black Swan co-writer John J. McLaughlin wrote the first screenplay drafts; subsequently, Stephen Rebello wrote additional drafts that shifted the story's focus to the complex personal and professional relationship of Hitchcock and his wife, Alma Reville, during the filming of Psycho.

Principle photography for the film began on April 13 in Los Angeles, with the film retitled as Hitchcock. Filming was wrapped up on May 31 after the completion of a scene set during Psycho's New York City premiere on June 16, 1960.

On September 12, 2012, it was announced that Danny Elfman will compose the film's score. Previously, Elfman re-recorded Bernard Herrmann's original score to Psycho in 1998 for the Gus Van Sant remake. 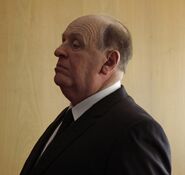 Retrieved from "https://movies.fandom.com/wiki/Hitchcock?oldid=120331"
Community content is available under CC-BY-SA unless otherwise noted.