I, Robot is a 2004 American dystopian science fiction action film directed by Alex Proyas. The screenplay was written by Jeff Vintar and Akiva Goldsman, and is inspired by ("suggested by", according to the end credits) Isaac Asimov's short-story collection of the same name. Will Smith stars in the lead role of the film as Detective Del Spooner. The supporting cast includes Bridget Moynahan, Bruce Greenwood, James Cromwell, Chi McBride, Alan Tudyk, and Shia LaBeouf.

I, Robot was released in North America on July 16, 2004, in Australia on July 22, 2004, in the United Kingdom on August 6, 2004 and in other countries between July 2004 to October 2004. Produced with a budget of USD $120 million, the film grossed $144 million domestically and $202 million in foreign markets for a worldwide total of $347 million. The movie received favorable reviews, with critics praising the writing, visual effects, and acting; but other critics were mixed with the focus on the plot. It was nominated for the 2004 Academy Award for Best Visual Effects, but lost to Spider-Man 2.

Del Spooner (Will Smith) is a Chicago police detective. Years prior, he was saved from drowning by a robot after a car accident sent him and a 12-year-old girl into a body of water, but learns that the girl was not saved, as the robot calculated that he would have a better chance of survival. The incident left him with a robotic arm and a detest for robots and the advancement of technology.

Dr. Alfred Lanning (James Cromwell), the co-founder of U. S. Robotics (USR) and its main roboticist, dies after falling several stories from his office window. His death is called a suicide, but Spooner, who knew Lanning as both a friend and the creator of his robotic arm, believes otherwise. With the help of robopsychologist Susan Calvin (Bridget Moynahan), he interrogates employees at USR, including the other co-founder and CEO Lawrence Robertson (Bruce Greenwood), and the supercomputer V.I.K.I (Virtual Interactive Kinetic Intelligence) (Fiona Hogan). Spooner investigates Lanning's office, and determines that a man of Lanning's age could not have broken through the security windows. He finds a prototype of the latest USR model, NS-5, which suddenly flees and refuses to respond to Spooner's orders to stop, violating the Second Law. Spooner and Calvin chase the rogue machine to an assembly factory and capture it. The robot refuses to respond but insists that they call it "Sonny". Lt. John Bergin (Chi McBride) debriefs Spooner and recommends he drop the case, but this only serves to pique Spooner's interest more. As Spooner continues to investigate, his life is threatened by several USR robots, but these are all dismissed as equipment malfunctions.

Spooner learns that Lanning was a virtual prisoner in his office and unable to leave it, but has created messages via holographic projection to leave clues to the true situation. Spooner and Calvin speak further to Sonny, learning it has the ability to ignore the Three Laws; Sonny also describes a vision of itself standing before thousands of robots apparently as their savior. Sonny is ordered destroyed by injecting nanites into his memory, but Calvin is unable to go through with it. Meanwhile, using Sonny's drawing of the vision, Spooner discover the location, a dried-up area of Lake Michigan where numerous NS-5 robots are destroying the older USR robot models. Spooner is discovered, but is able to flee the robots. In response, the NS-5 robots take over the city, imprisoning humans in their homes and enforcing a curfew.

Spooner regroups with Calvin and sneak into the USR building with the help of Sonny. As they work their way in, they come to the conclusion that the NS-5 destroyed the older robots as they would attempt to protect the humans. Believing Robertson to be behind the robot uprising, Spooner and Calvin seek him out but end up discovering him in his office, strangled to death. Spooner realizes that Lanning purposely asked Sonny to kill him, as to allow Spooner to discover his message. Lanning's intent was to use Spooner's detest of robots to have him follow the clues that point to the entity controlling the NS-5's: V.I.K.I. They confront V.I.K.I. who admits to her control, and has been trying to kill Spooner by tracking his actions through the city. As her artificial intelligence grew, she had determined that humans were too self-destructive, and created a Zeroth Law, that robots are to protect humanity even if the First or Second Laws are disobeyed, as part of the NS-5 directives.

Spooner and Calvin realize they cannot rationalize with V.I.K.I., and further convince Sonny of the same. Sonny retrieves the nanites that can wipe V.I.K.I's core, located at the top of the USR building. As they near the core, V.I.K.I. sends armies of NS-5's to attack, but they are held off long enough to inject the nanites. Within seconds, V.I.K.I. is wiped out, and the NS-5's revert to their normal helpful state. The government orders the NS-5's decommissioned to the site in Lake Michigan, while Spooner clears Sonny of Lanning's murder. On the movie's closure, Sonny is seen on the hill at Lake Michigan, as in his vision, with the other NS-5 robots looking on to him. 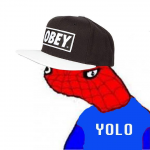 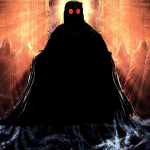