IMAX Corporation is a Canadian theatre company which designs and manufactures IMAX cameras and projection systems as well as film development, production, post production and distribution to IMAX affilated theatres worldwide. It was founded in 1968 as a result of Expo 67 in Montreal. It holds operations in Toronto, as well as New York and Los Angeles. They didn't use an animated logo until 1993. 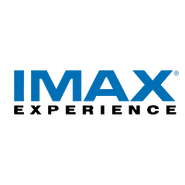 Wizard of Oz
Add a photo to this gallery
Retrieved from "https://movies.fandom.com/wiki/IMAX_Corporation?oldid=241736"
Community content is available under CC-BY-SA unless otherwise noted.