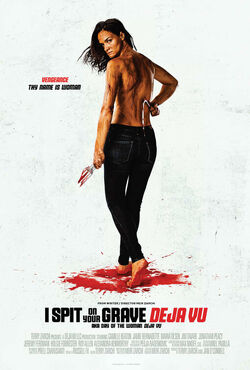 I Spit on Your Grave: Deja Vu is an upcoming American horror thriller film written and directed by Meir Zarchi. The cast of the film consists of Camille Keaton, Maria Olsen, and Zarchi.

Retrieved from "https://movies.fandom.com/wiki/I_Spit_on_Your_Grave:_Deja_Vu?oldid=176143"
Community content is available under CC-BY-SA unless otherwise noted.