for mild rude humor and some action/peril

Scrat, trying to bury his acorn again, accidentally activates an abandoned alien ship that takes him into deep space, where he unwittingly sends several asteroids en route to a collision with Earth. Meanwhile, Manny is worried about the upcoming marriage between Peaches and her fiancé, Julian. Diego and his wife Shira want to start a family, but their fierce appearance tend to scare kids. Sid is dumped by his girlfriend, Francine, just as he is about to propose to her, and he laments his solitude. During Manny and Ellie's wedding anniversary party, some of the asteroids strike the place and the herd barely escape with their lives. Meanwhile, at the underground cavern, Buck returns a dinosaur egg back to its rightful owner after it was stolen by a trio of dromaeosaurs named Gavin, Gertie, and Roger. Buck discovers an ancient stone pillar and takes it to the surface, where he meets Manny and the others.

Buck explains to the herd that according to the pillar, the asteroids had caused several extinctions in the past and with a massive one still incoming, he believes that the only place they could find a clue to stop it is on the site of the impact of the previous ones, as according to its engravings, they always fall at the same place. However, the three dromaeosaurs overhear their conversation, and Gavin and Gertie decide to stop them, believing that they could be safe from the impact, as they can fly, thus not only getting their revenge on Buck, but also killing all mammals and securing domination over Earth for their species. Roger is reluctant, but Gavin and Gertie strong-arm him into cooperating.

As the herd travels to the crash site and pass some events cause by Scrat, they discover that the asteroids have electro-magnetic properties. Buck theorizes that if a huge quantity of smaller asteroids should be gathered and launched into orbit, they could attract the main asteroid as well and prevent it from falling on Earth. After facing several obstacles and the interference of the dromaeosaurs, the herd arrives at "Geotopia", a community of immortal animals formed inside one of the asteroids that have fallen long ago, where Sid meets Brooke, a female ground sloth who falls in love with him. However, Shangri Llama, the leader of Geotopia, refuses to cooperate with Buck's plan to send the city's crystals into space in order to prevent the imminent impact, as they are the key to the residents' longevity. Sid inadvertently destroys the entire city when he attempts to remove one of the stones to present Brooke with, immediately aging all of the Geotopians to their true ages.

Once Brooke convinces the Geotopians that preventing the asteroid's fall is more important than their lost youth, they and the herd help with Buck's plan, which is to fill up a geyser with the crystals so that the pressure launches them into space to draw the asteroid away. Meanwhile, Scrat prepare to go back in the earth with his acorn, but makes the gigantic asteroid come more close. The dromaeosaurs attempt to intervene, but Buck convinces Roger that they will not be able to survive the asteroid, and he in turn convinces Gavin and Gertie to help. The plan works, and the asteroid is pulled back into space. The herd then departs back home, including Sid, who parts ways from Brooke, but just after they leave, an asteroid piece falls inside a hot spring, giving it rejuvenating properties and making the Geotopians and Sid's grandmother, who stayed behind with them, regain their youth. After the herd returns, Manny reconciles with Julian, Peaches and Julian celebrate their wedding, Diego and Shira become heroes to the kids who were scared of them before, and a rejuvenated Brooke appears during the ceremony to reunite with Sid and everybody dance.

In the film's epilogue, Neil DeBuck Weasel explains how was Mars before. Then, Scrat keeps struggling to control the alien ship until it crashes Mars, destroying all life on the planet. Embarrassed, the unfortunate escapes quickly from Mars with the ship.

In a mid-credits scene, Scrat finds his acorn and get beaten by some doors when the ship probably goes to earth.

A promotional poster, shown in June 2015, at the Licensing Expo revealed the production of a fifth film, also revealing the film's full title. .

Initially the film was scheduled for a July 15, 2016. However the release was delayed to July 22, to avoid competition with Ghostbusters, La La Land and The Lake, all scheduled for July 15.

An extended sneak peek of the movie in the form of a short film called Cosmic Scrat-tastrophe was attached to theatrical showings of Blue Sky Studios's The Peanuts Movie on November 6, 2015. The teaser poster of the film was revealed on November 6, 2015 with the words "Bring Scrat Home" spoofing The Martian. The short film was released later on November 9, 2015, on 20th Century Fox's official YouTube page.

Ice Age: Collision Course was widely panned by the fans of the franchise.

On 2016, Galen T. Chu said that there were some ideas for the next installment if the fifth film would performe well at the box office.

On 2017, Mike Thurmeier said on Twitter that he would like to reedem the franchise and bring it back to its roots saying that he would chose to bring back the human baby of the first film as the plot of the film.

After the acquisition of 20th Century Fox by Disney, it's likely that the sixth film is being taken in consideration by the Disney executives.

After the closing of Blue Sky Studios, the film will be produced by Fox only.

A spin-off film centering on Buck titled Ice Age: Adventures of Buck Wild will be released on 15 March 2022 (the 20th anniversary of the first film). The film is set after Ice Age: Dawn of the Dinosaurs (2009) and before the events of Ice Age: Continental Drift (2012) and this film. It will focus on Buck in the Dinosaur World that goes in a new adventure with the help of Crash and Eddie, after the latters fell in the underground world. Simon Pegg will reprise his role of Buck while Seann William Scott and Josh Peck will reprise their roles of Crash and Eddie. 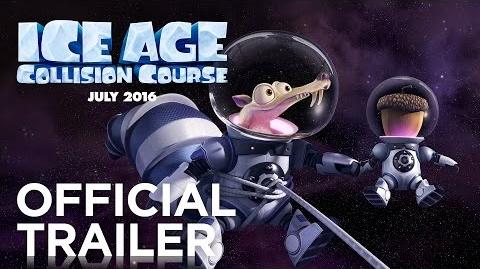 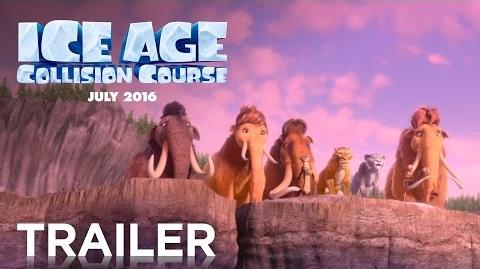 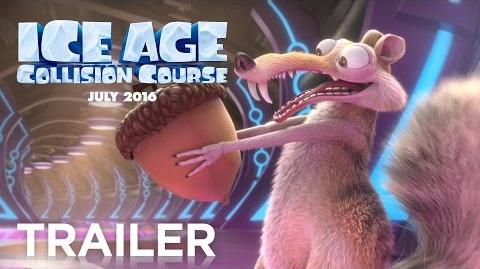