Start a Wiki
watch 01:48
The Loop (Movies)
Do you like this video?
Into the Woods 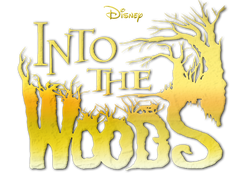 Into the Woods is an upcoming live-action fantasy musical film, based on the Broadway musical, that will be released by Disney on December 25, 2014.

A movie version of Steven Sondheim's legendary musical Into the Woods has been in development at Disney for a year or so. The award-winning Broadway musical epitomized the phrase "fractured fairy tale," as Red Riding Hood, Cinderella, Jack (of the Beanstalk fame) and a childless baker and his wife venture into the woods to have their wishes granted... and discover that real life seldom works like a fairy tale.

In January 2012, it was reported that Rob Marshall had signed on to direct a film adaptation of the musical for Walt Disney Pictures, with James Lapine writing the script and Stephen Sondheim "expected" to write new songs. Dion Beebe, who previously collaborated with Marshall in Chicago, Memoirs of a Geisha, and Nine will serve as cinematographer. Sondheim confirmed that a new song is being written for the film. The film is expected to begin shooting in London September 2013.

Composer David Krane, who collaborated with Marshall on the film versions of Chicago and Nine, recently confirmed with the Litchfield County Times, a local Connecticut newspaper that Meryl Streep would play the evil witch. Johnny Depp will play the Wolf from Little Red Riding Hood. In June 2013, Emily Blunt confirmed that she would be playing the Baker's Wife. Her character is married to Rapunzel's older brother.

From the official press-release:
Into the Woods is a modern twist on the beloved Brothers Grimm fairy tales, intertwining the plots of a few choice stories and exploring the consequences of the characters' wishes and quests. This humorous and heartfelt musical follows the classic tales of Cinderella (Anna Kendrick), Little Red Riding Hood (Lilla Crawford), Jack and the Beanstalk (Daniel Huttlestone), and Rapunzel (MacKenzie Mauzy) - all tied together by an original story involving a baker and his wife (James Corden & Emily Blunt), their wish to begin a family, and their interaction with the witch (Meryl Streep) who has put a curse on them.

Rob Marshall, the talented filmmaker behind the Academy Award-winning musical "Chicago" and Disney's "Pirates of the Caribbean: On Stranger Tides," helms the film, which is based on the Tony-winning original musical by James Lapine, who also penned the screenplay, and legendary composer Stephen Sondheim, who provides the music and lyrics - including an all-new song for the big-screen adaptation.

Into The Woods - Trailer 2

Meryl Streep as The Witch 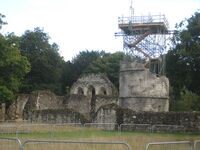 Retrieved from "https://movies.fandom.com/wiki/Into_the_Woods?oldid=77925"
Community content is available under CC-BY-SA unless otherwise noted.