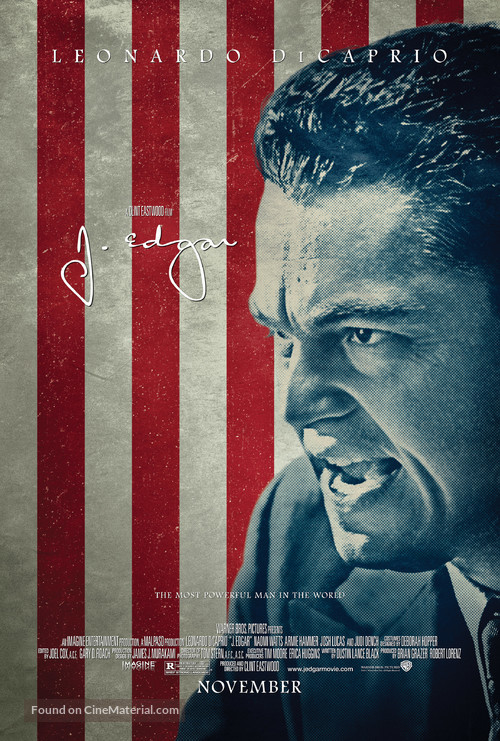 J. Edgar is a biographical movie directed by Clint Eastwood about FBI director J. Edgar Hoover, played by Leonardo DiCaprio, with emphasis on his life as an abstinent homosexual.

As head of the FBI for nearly 50 years, J. Edgar Hoover becomes one of America's most-powerful men. Serving through eight presidents and three wars, Hoover utilizes methods both ruthless and heroic to keep his country safe. Projecting a guarded persona in public and in private, he lets few into his inner circle. Among those closest to him are his protege and constant companion, Clyde Tolson , and Helen Gandy (Naomi Watts), his loyal secretary.

Retrieved from "https://movies.fandom.com/wiki/J._Edgar?oldid=164943"
Community content is available under CC-BY-SA unless otherwise noted.