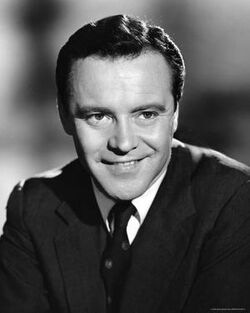 John Uhler "Jack" Lemmon III (February 8, 1925 – June 27, 2001) was an American actor and musician. Lemmon was an eight time Academy Award nominee, with two wins. He appeared in film such as Mister Roberts, Operation Mad Ball, The Apartment, The Great Race, The Odd Couple, Save the Tiger and The China Syndrome, Grumpy Old Men and Grumpier Old Men.

Jack Lemmon was born in Newton, Massachusetts, to Mildred Burgess LaRue (Noel) and John Uhler Lemmon, Jr. His ancestry included Irish (from his paternal grandmother) and English. Jack attended Ward Elementary near his home. After he went to high school at Phillips Andover Academy.

Lemmon began his film debut in the 1954 film It Should Happen to You. He was awarded the Best Supporting Actor Oscar in 1956 for Mister Roberts and the Best Actor Oscar for Save the Tiger (1973).