Start a Wiki
watch 01:16
The Loop (Movies)
Do you like this video?
Jack the Giant Slayer 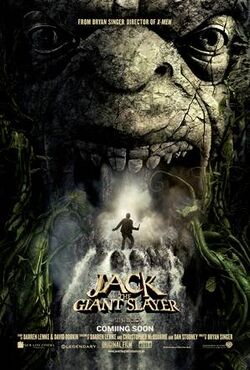 Jack the Giant Slayer (previously titled Jack the Giant Killer) is an fantasy/adventure film based on the fairy tale, "Jack the Giant Killer". The film is directed by Bryan Singer and stars Nicholas Hoult, Eleanor Tomlinson, Stanley Tucci, Ian McShane, Bill Nighy and Ewan McGregor with a screenplay written by Darren Lemke, Christopher McQuarrie and Dan Studney. The film tells the story of Jack, a young farmhand who must rescue a princess from a race of giants after inadvertently opening a gateway to their world.

An ancient war is reignited when a young farmhand unwittingly opens a gateway between our world and a fearsome race of giants. Unleashed on the Earth for the first time in centuries, the giants strive to reclaim the land they once lost, forcing the young man, Jack (Nicholas Hoult), into the battle of his life to stop them. Fighting for a kingdom and its people, and the love of a brave princess, he comes face to face with the unstoppable warriors he thought only existed in legend…and gets the chance to become a legend himself.

"Jack the Giant Slayer" opens in 3D and 2D in select theaters and IMAX Friday, March 1. This film has been rated PG-13 by the MPAA for "intense scenes of fantasy action violence, some frightening images and brief language."

Development of Jack the Giant Slayer began in January 2009 with the hiring of D. J. Caruso to direct film. By August, Caruso was replaced by Bryan Singer, who hired Christopher McQuarrie to rework the script in April 2010.

The main characters were cast between February and March 2011, and principal photography began in April 2011 in England with locations in Somerset, Gloucestershire and Norfolk. Release of the film was moved back in post production to allow more time for special effects and marketing. 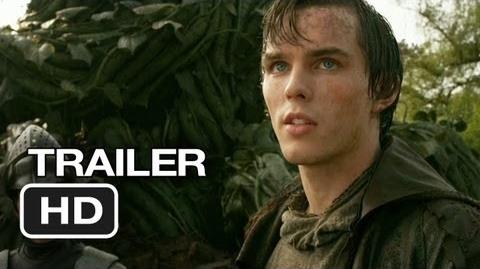 Retrieved from "https://movies.fandom.com/wiki/Jack_the_Giant_Slayer?oldid=74557"
Community content is available under CC-BY-SA unless otherwise noted.