View src
watch 02:07
Spider-Man: No Way Home Trailer Dropped - The Loop
Do you like this video?
Play Sound
Jackie Chan 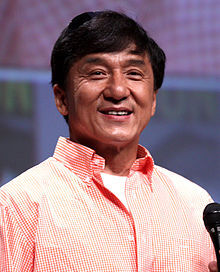 Jackie Chan is a Chinese-American actor known for his martial arts skills.

Jackie Chan is known primarily for his martial arts abilities, which he learned at a young age. As a child, he was part of a group called the "Seven Little Wonders", and they performed in some films. He became a stuntman as he got older, showcasing his abilities in the films, Enter the Dragon and Fist of Fury, both Bruce Lee films.

In the 1980s, he began to take on roles that mixed martial arts with comedy, such as in the films Project A and Lucky Stars. He also enjoyed success overseas in China.

From the late 1990s to today, Jackie Chan has become a household name, starring in films that range in genre from martial arts, to comedy, to action. He had a role in the film, Rush Hour 3, and starred in the animated film, Kung Fu Panda, which was a monumental success. In 2012 he announced he was too old for action films and would be retiring from the genre.