Start a Wiki
watch 01:27
The Loop (Movies)
Do you like this video?
Jacob Aaron Estes 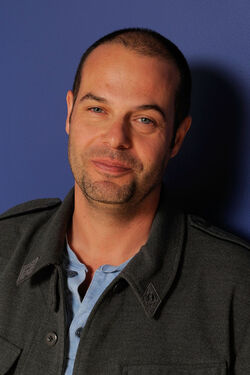 Jacob Aaron Estes is an American director and screenwriter.

Estes wrote and directed his feature debut, a short film called Summoning, in 2001. With 2004's Mean Creek, his second offering as writer-director, he gained critical acclaim, receiving nominations at various film festivals and winning the Independent Spirit John Cassavetes Award. That same year he wrote the screenplay for Rick Rosenthal's Nearing Grace, which he adapted from the Scott Sommer novel.

In 2012 he has written and directed The Details starring Tobey Maguire, Ray Liotta, Laura Linney and Dennis Haysbert which is a follow-up to his film Mean Creek. The film premiered at the 2011 Sundance Film Festival.


Retrieved from "https://movies.fandom.com/wiki/Jacob_Aaron_Estes?oldid=40389"
Community content is available under CC-BY-SA unless otherwise noted.