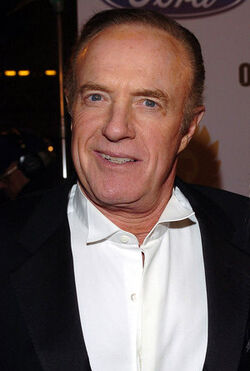 James Caan (born March 26, 1940) is an American actor. He is known for films such as Brian's Song, The Godfather, Rollerball, Thief and Misery.

Caan was born on March 26, 1940 in The Bronx, New York, the son of Sophie (née Falkenstein) and Arthur Caan, one of three siblings. Caan grew up in Sunnyside, Queens, New York City. Caan played football at Michigan State University while studying economics, holds a black belt in karate and for several years was even a regular on the rodeo circuit, where he was nicknamed "The Jewish Cowboy". However, while studying at Hofstra University, he became intrigued by acting and was interviewed and accepted at Sanford Meisner's Neighborhood Playhouse. He then won a scholarship to study under acting coach Wynn Handman and began to appear in several off-Broadway productions, including "I Roam" and "Mandingo".