watch 02:17
The Loop (Movies)
Do you like this video?
James Cagney 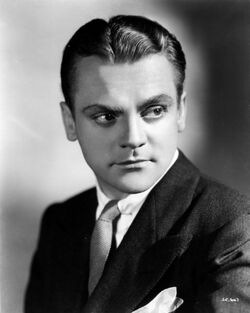 James Francis Cagney, Jr. (July 17, 1899 – March 30, 1986) was an American actor and dancer, both on stage and in film. He is best remembered in films such as The Public Enemy, Angels with Dirty Faces, The Oklahoma Kid, White Heat and Mister Roberts.

Retrieved from "https://movies.fandom.com/wiki/James_Cagney?oldid=155043"
Community content is available under CC-BY-SA unless otherwise noted.