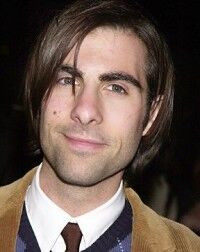 Jason Francesco Schwartzman (born June 26, 1980) is an American actor and musician. He is perhaps best known for his roles in the Hollywood films Rushmore, Spun, I Heart Huckabees, Shopgirl, Marie Antoinette, The Darjeeling Limited, Funny People, and Scott Pilgrim vs. the World. He currently releases music through solo-project Coconut Records; formerly, he was the drummer of the rock band Phantom Planet. Schwartzman was also the star of the HBO series Bored to Death, where he played a writer who moonlighted as an unlicensed detective, advertising himself on Craigslist.

Jason Schwartzman plays Gideon Graves in the Scott Pilgrim vs. the World movie and Simon Lee in Scott Pilgrim vs. The Animation. He has starred in films like Fantastic Mr. Fox and Funny People. Bryan Lee O'Malley has said a few times the inspiration for Gideon's character came partly from Jason as an actor.