watch 00:59
The Loop (Movies)
Do you like this video?
Jason Segel 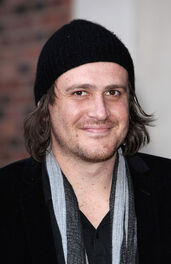 Jason Segel is an American television and film actor, screenwriter, composer, puppeteer, and singer known for his work with producer and director Judd Apatow on the cult classic, short-lived television series Freaks and Geeks and Undeclared, the films Forgetting Sarah Marshall, Knocked Up, I Love You, Man, Gulliver's Travels, Bad Teacher, Despicable Me, and The Muppets.

Retrieved from "https://movies.fandom.com/wiki/Jason_Segel?oldid=297776"
Community content is available under CC-BY-SA unless otherwise noted.