View src
watch 02:07
Spider-Man: No Way Home Trailer Dropped - The Loop
Do you like this video?
Play Sound
Jason Statham 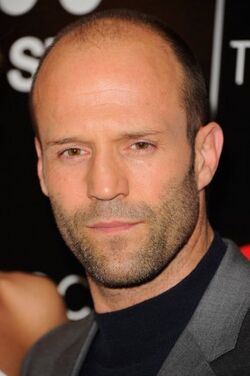 Jason Statham (born 26 July 1967) is an English actor, martial artist, and former diver. He starred in films such as The Transporter trilogy and The Expendables film series.

Statham was born in Shirebrook, Derbyshire, the son of Eileen (née Yates), and Barry Statham. He grew up with football player Vinnie Jones, alongside whom he would later act. Jones introduced him to football, and Statham went on to play for the local grammar school (1978–1983), which he had attended since the age of 11, a passion that he shared with diving. He has been a Diver on the British National Diving Team and finished 12th in the World Championships in 1992.