watch 01:20
The Loop (Movies)
Do you like this video?
Jennifer Aniston 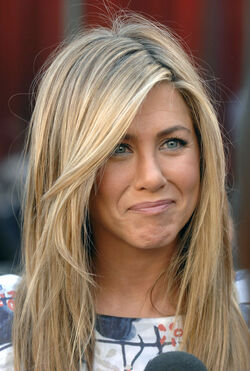 Jennifer Joanna Aniston (born February 11, 1969) is an American actress, film director, and producer. Aniston made her screen debut in the television series Molloy (1990), but her film career began in the horror film Leprechaun (1993).

Retrieved from "https://movies.fandom.com/wiki/Jennifer_Aniston?oldid=113581"
Community content is available under CC-BY-SA unless otherwise noted.