watch 03:27
Wiki Targeted (Entertainment)
Do you like this video?
Play Sound
Jerry Lewis 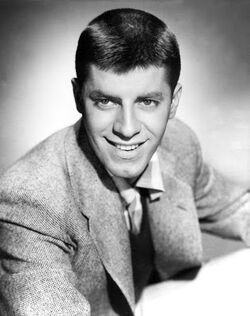 Jerry Lewis (born March 16, 1926) is an American comedian, actor, singer, film producer, screenwriter and film director. He appeared in such films as That's My Boy (1951), The Nutty Professor (1963), Who's Minding the Store?, The Disorderly Orderly and The King of Comedy.

Lewis is known for callaborating with Dean Martin and also appearing together in a few films.

Retrieved from "https://movies.fandom.com/wiki/Jerry_Lewis?oldid=97172"
Community content is available under CC-BY-SA unless otherwise noted.