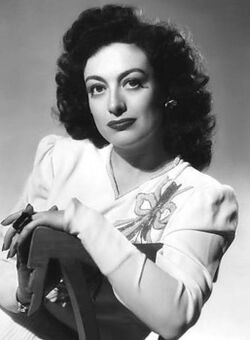 Joan Crawford (born March 23, 1905 – May 10, 1977), born Lucille Fay LeSueur, was an American film and television actress. She is known in such films as Mildred Pierce, Possessed, Sudden Fear and What Ever Happened to Baby Jane?.

Crawford was born Lucille Fay LeSueur on March 23, 1905, in San Antonio, Texas, to Anna Belle (Johnson) and Thomas E. LeSueur, a laundry laborer. By the time she was born, her parents had separated, and by the time she was a teenager, she'd had three stepfathers.